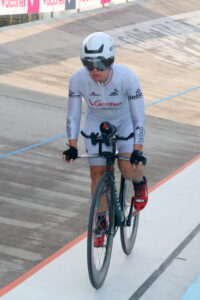 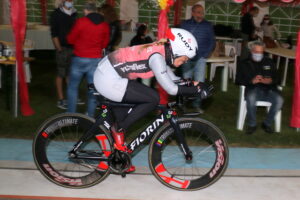 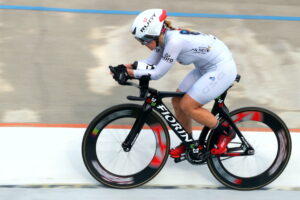 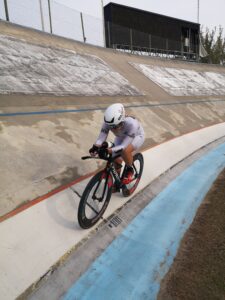 1000K A FARFALLA
My name is Anna Mei and I started the record attempt on Friday, oct 9 2020, at 7:am.
The record attempt has been held in the Velodrome of Bassano del Grappa, Vicenza, a pleasant town close to the Alps.
The weather conditions were pretty fine, just a little bit cold and windy.
The record has been done ‘cause a fund raising for www.debra.it a charity who helps butterfly children, who live with a terrible genetic skin disease called epidermolysis bullosa.
For this record attempt I have been using the fixed frame “Fiorin”, with 49X14 gear.
During the first hours I had an integration based on carbo bais winforced, followed by protein powder and gels. After 7 hours I started eating bananas, avocados and coconut butter.
During the cold and windy night my integration remained always constant: carbos and protein powder, followed by little sandwiches with ham and cheese inside.
The best part of the record attempt started at 5pm to 11 pm. Nice sensation ,no wind, good energy and serenity has been with me, making me happy and serene.
The hardest period has been the night when , at 2 am, a cold wind started to pass through the velodrome and has been quite noisy.
So, at 7 am, after a stop, I started again feeling wonderful power but, in one second , the Shelmer’s neck syndrome started to stop me, ‘cause it was impossible for me to see the red and black line of the path.
So, after a neck massage with tiger balm, I tried to start again, but the head was out of my control.
This is why we decided to stop the record attempt for safety reasons.
As I wrote before the record attempt was in the velodrome called Rino Mercante, in Bassano del Grappa, so the finish line was on the loop .
The record attempt finished after 27h:29m:19s .