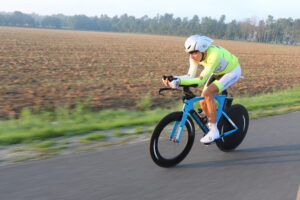 Congratulation to Marko Baloh and his team for setting 12 World records in the following category:

Look what he did: He broke 10 existing records and set 2 brand new one! What an accomplishment and what a high mark to beat! 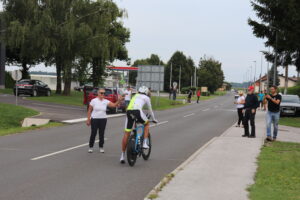 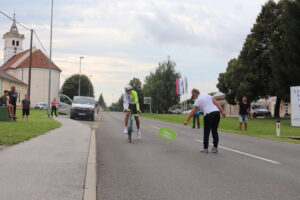 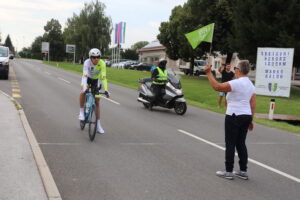 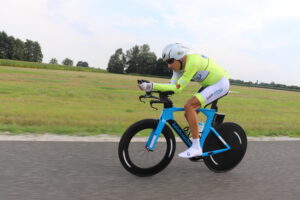 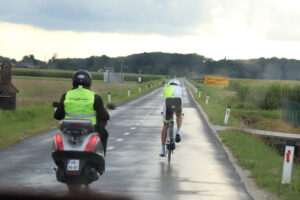 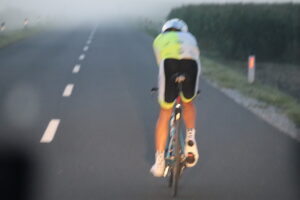 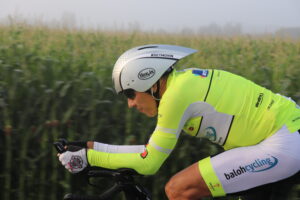 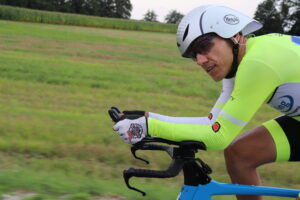 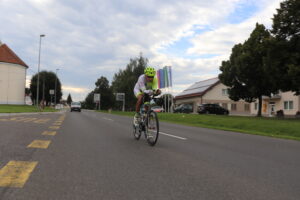 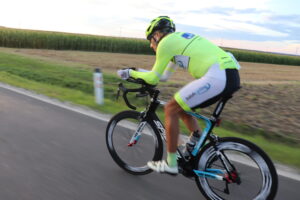 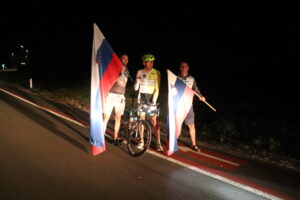 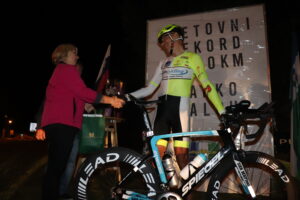 The start was postponed for 24 hours due to extreme weather forecast. Which BTW came true. It was raining heavily from 9PM Friday until 2PM Saturday.

The official start was on Saturday July 25th, 2020 at 5PM exactly. The location at the end of the Bus Station on the right side of the road, with fire fighters station on the left across the street. It stopped raining around 3 hours before the start, so the roads were dry. Unfortunately we had a big thunderstorm less than an hour into the attempt. That slowed be down during the 15 minutes it lasted and some two hours later as the turns stayed wet and I had to take them slower to stay upright.

I wanted to go for this record to see how far I can go 10 years after my indoor track World Record of 903,75km. I knew it was a long shot to beat Strasser’s overall Road Record (896,2km), so I decided to add a more manageable goal and that is a 1.000km Road Record overall. I was pretty confident that I am able to break/better most of the 50+ records available.

I used my old Time Trial bike for the first 24 hours and a Spiegel San Marino for the part between 24 hours and 1000km. The later is more comfortable and I was in some upper body pain, the bad road surface didn’t do me any favours there… The special bike parts I have to mention are the Infinity Bike Seat E2 and the Biomac shoes with midfoot cleat position. Those two pieces of equipment made my ride free of pain at my feet and behind.

I use the Hammer Nutrition Perpeteum and Sustained evergy with gels. Other than that I added some bars and gels from 4Endurance. The nutrition & hydration was spot on.

The best part of the ride were the first 5 hours as I was able to effortlessly hold average speed of 25+mph. Unfortunately I had an unplanned bathroom break after 5h or so (200+km). I had to stop for no.2 for diarrhea and it took gigantic 11 minutes, which dropped my average way down. But it had to be done and was worth it as I could push the pedals normally again. So, I was still on track after 12 hours or so, but at that time I began slowing down. That was certainly expected, but I did slow down way more than I did 10 or 12 years ago during my first two 24h World Record attempts. After around 15 hours I could tell you that the 24h Overall Record is out of reach this time around. But I kept pushing as the 1000km was still way within my reach.

I had one more long pit stop after finishing the 24h, some of it was for the media reasons (the photographers wanted me in to make some photos after finishing the first part), some that I needed a stop a quick clean up and massage to continue for the remaining 144km or so. I also changed the bikes for a more comfortable, but still very fast Spiegel San Marino. Due to afternoon heat, I also changed the helmet from a TT one to the road helmet.

The 1000KM line was 1300m after the Start/Finish Line and I passed it at 28h 50min 14sec. I prolonged the ride until the next turn at Genterovci, so the Record Chair can calculate the prorated time for the 1000km.

I am super happy with the ride! The crew did an excellent job as always and so did the officials. Certainly a day to remember, I would like to thank everyone who was a part of this project. Especially the spectators who gave me extra energy and strength, thank you all!